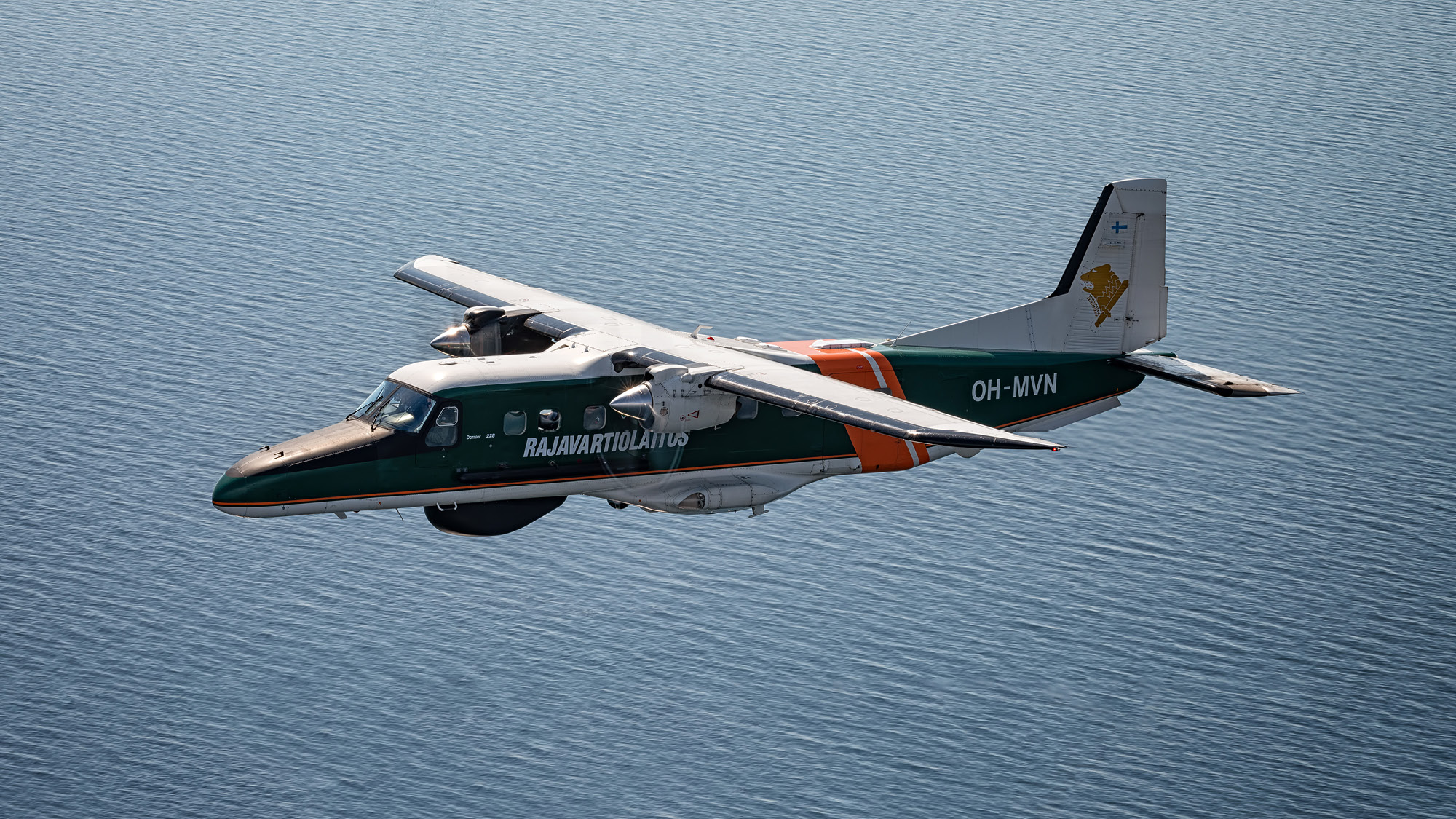 The current Dornier 228 surveillance aircraft, introduced in 1995, are reaching the end of their life cycle and are becoming increasingly difficult to maintain. The Finnish Border Guard is planning to replace the Dornier planes with two new multipurpose aircraft. The Finnish Border Guard has discovered that only a manned aircraft can cope with varying tasks in demanding Finnish conditions. A versatile and adaptable solution is both operationally practical and cost-effective.

The Finnish Border Guard is responsible for Finland's border security, and border patrol aircraft are vital for the surveillance of Finland's extensive land and sea borders. The aircrafts’ main tasks are to monitor land and sea borders, to search and rescue, to identify vessels in the Baltic Sea, and to detect, manage and combat marine environmental damage. In addition, the aircraft participate in the control of Finland's territorial integrity and support other authorities in monitoring the state of the Baltic Sea.

The acquisition of new multipurpose aircraft aims for the following improvements in the performance of existing aircraft:

The new multi-purpose aircraft, which are more efficient, will significantly improve Finland's border security and the monitoring of territorial integrity.

In the MVX project’s information request procedure, potential aircraft suppliers were identified in 2020 and a new detailed information request was submitted in April 2022. During the spending limits discussion held on 5 April 2022, the Government decided to allocate EUR 163 million for the purchase of multipurpose aircraft to replace the Dornier 228 surveillance aircraft. The aim is to conclude a procurement contract during 2023, which would mean the new capabilities would be deployed in 2026.

What does MVX mean?