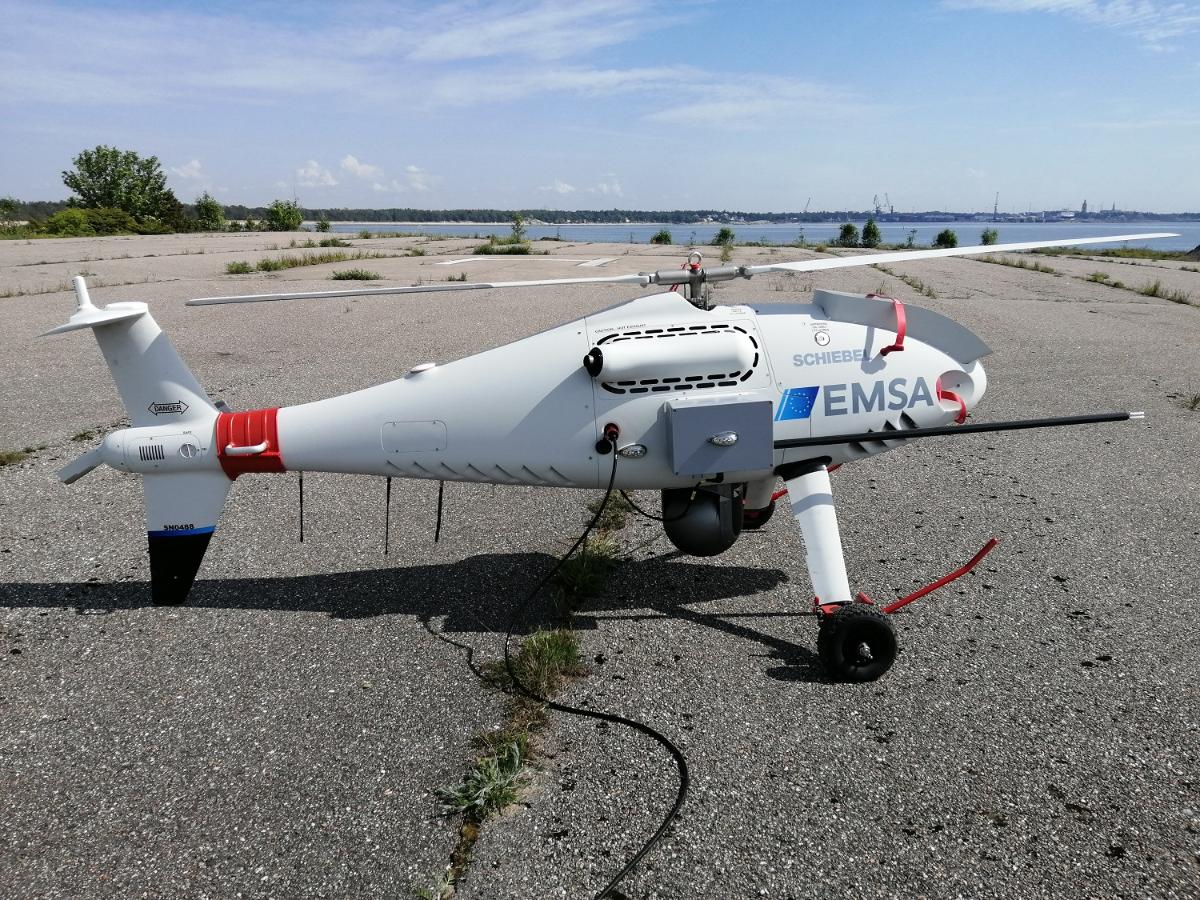 In the coming weeks, modern surveillance technology can be seen in the skies of the Baltic Sea. Remotely Piloted Aircraft Systems (RPAS) managed by the European Maritime Safety Agency (EMSA) are large drones that currently support The Finnish Border Guard in implementation of different coast guard functions.

Coastguard functions include maritime border control, maritime safety, maritime security, maritime rescue, fisheries control, customs control, general law enforcement at sea and the protection of the marine environment. The performance of the RPAS system is widely utilized in all these tasks, either directly by the Border Guard or in support of other authorities.

In the operating environment of the Baltic Sea, the emphases of different threat models vary. In addition, the Baltic Sea and especially the Finnish archipelago are maritimely challenging. Indeed, the implementation of coast guard functions requires up-to-date equipment and accurate performance. Utilizing modern technology, the maritime effectiveness of The Finnish Border Guard, which operates at the interface of internal and external security, can be further enhanced.
The Finnish Border Guard got the possibility to utilize the RPAS system free of charge from the European Maritime Safety Agency (EMSA) for two months from the beginning of June.

“EMSA is a pioneer in rolling out remotely piloted aircraft services to member states in the maritime domain. The process, often running for two to three months, enables coast guard authorities to get hands on experience – seeing exactly how the drones can work in a variety of operational contexts. The results over the past few years point to a very promising use of remotely piloted aircraft as a strong, complementary tool to enhance situational awareness whether for maritime safety, environmental protection or general law enforcement. Emissions monitoring is one of the areas of particular interest at the moment, where the drone flies in a ship’s plume to help determine whether the ship is using compliant fuel. The readings from the aircraft inform authorities on the ground – inspectors in port, for example – thereby helping them to catch potential polluters at sea more efficiently,” explained Leendert Bal, EMSA’s Head of Department for Safety, Security and Surveillance.

The focus of operations is on the above-mentioned control tasks in the North Baltic Sea, mainly outside the archipelago. The Finnish Border Guard plans the flights as part of its own operational activities and implements them from the Hankoniemi area.

The information produced by the RPAS system is suitable for all possible security and safety tasks and we utilize them very extensively, emphasizes Commander Mikko Hirvi from the Border Guard's staff. In addition, it is great for the Finnish Border Guard to have such capability.

The CAMCOPTER S100 remote-controlled aircrafts weigh only 200 kg and are capable of vertical take-off and landing. Schiebel Aircraft is the contract supplier for them and RPAS flight operations, and EMSA provides the service to all EU member states free of charge. The vessels have been developed specifically for monitoring maritime surveillance operations and ship emissions and are particularly well-suited to obtaining a maritime situational awareness in a busy sea area such as the Baltic Sea.

The goal of the Finnish Border Guard operation is, in particular, to form a better understanding of the situation in the maritime domain on the Baltic Sea. In addition to monitoring tasks, efforts are being made to detect, for example, possible unauthorized oil spills and cross-border crime, and to support maritime search and rescue operations where necessary.

The Finnish Border Guard's previous RPAS operation was implemented in the summer of 2020, when the suitability of the system for the operational environment in Finland was tested. This year, the experience gained in 2020 will be used in the use of the system.

Earlier in the spring, the Estonian Police and Border Guard Board used the RPAS system in the Hiidenmaa region. Finland participated in this operation as one of the parties at the operational level, between which information obtained on flights was exchanged.

The Border Guard's RPAS operation in the Baltic Sea is primarily planned for June-July 2021, but it may continue for another four weeks in August-September 2021.

Purpose of the RPAS operation is not the replace manned fixed-wing aircrafts and helicopters of The Finnish Border Guard.