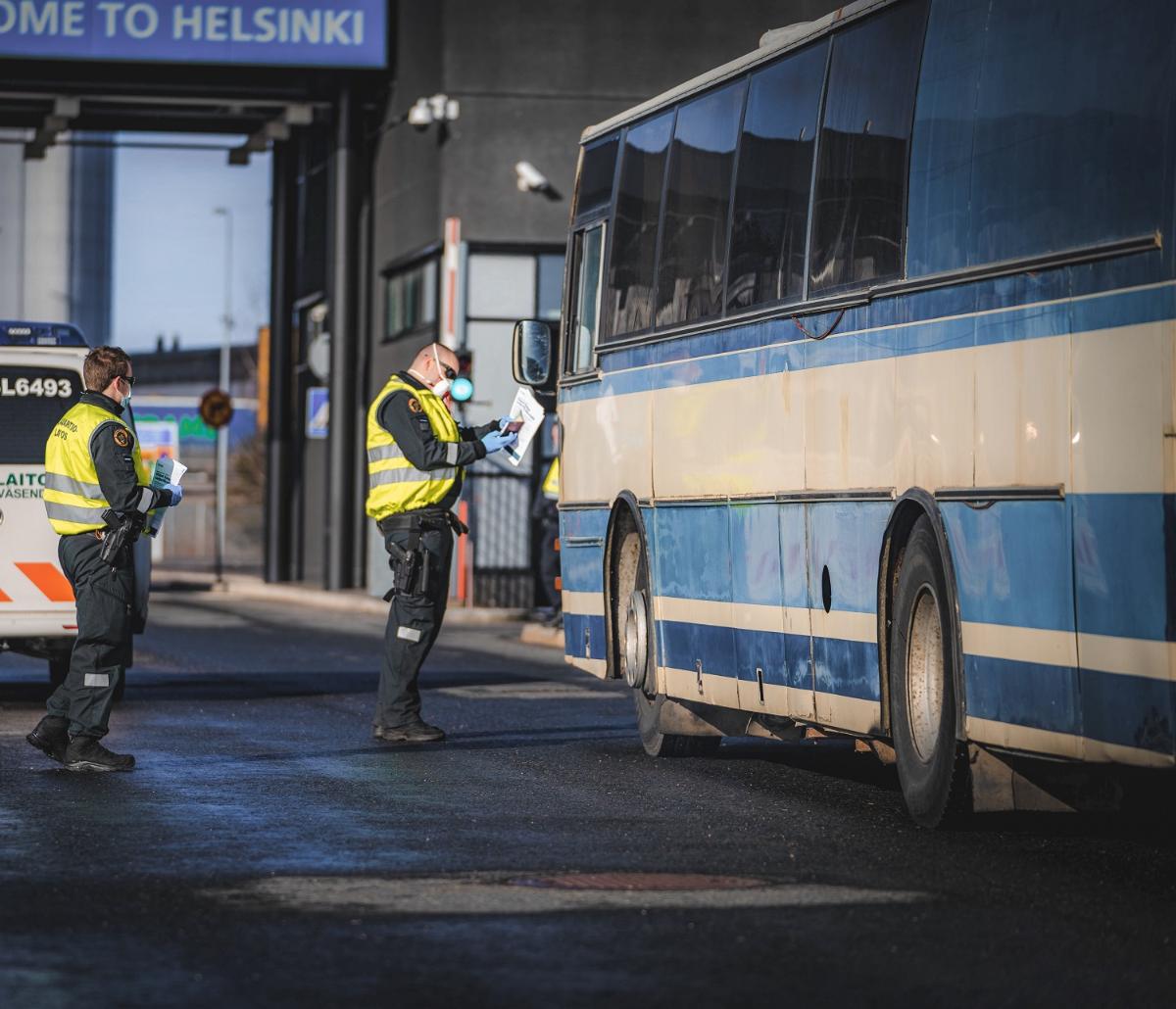 The nationwide citizen helpline has proven its functioning and necessity.

Forecasted by scientists for a long time, a pandemic turned from an abstract horror scenario into a real thing in early 2020 with the coronavirus spreading all over the world, including to Finland.

In March, on a Monday morning, when I had been retired with a military pension for about two months, I received a phone call. “Will you come back to work tomorrow?” I was asked. Once I had overcome my surprise and understood what the question concerned, I said, yes, I can come. Neither I nor the caller could at that point imagine what I would be doing for my work during the following nine months.

Returning to the familiar work environment was easy, even though I would be taking on new duties within the communications unit. I take off my hat for the excellent preparations to facilitate my smooth return to work. Office, computers, access pass and phone – all was set and ready. I could immediately begin to clarify the contents of the planned task – without knowing that the next day would again change it all.

The Government decided to resume internal border controls as of 19 March and restrict traffic on external borders. It was my second day at work, 18 March, when the decision was made to set up a telephone service to provide answers to questions caused by the restrictions that would be valid the next day. The answering service sort of fell onto me, and I’m still handling it. Initially, we believed that the need for a telephone service would die out in a few days once people were informed about the actual meaning of the travel restrictions. I myself believed so for a couple of days. How wrong we were! There is a continual demand for information as long as any exceptional arrangements are valid.

What, then, are people asking in terms of travel? To put it simply, anything and everything. May I, can I, dare I? May I travel to Sweden, Spain, Austria? Can I fetch a puppy from Russia, Sweden, Finland? Dare we take a holiday trip to Austria? May I travel to Finland for a funeral? Can I travel to be with my partner in Finland? Can we travel via Finland to Norway, Russia, China?

The travel restrictions issued by the Government changed every few weeks and, on the days following the press conferences, the numbers of incoming calls peaked dramatically. Without exception, the press conferences resulted in more questions than answers, and the same trend still continues. From mid-March to the end of July, the incoming calls averaged 86 calls per day.

In the spring, the decision to temporarily halt travel on passenger ships made the life of many Finns quite difficult. The travel restrictions had already, before this decision, been stringent and people were not travelling to Finland by sea on light grounds. Due to the restrictions, dozens of elderly Finnish citizens called and explained how their previously purchased boat tickets for the Travemünde–Helsinki route had become invalid. To return to Finland, these persons, often aged around 80, had to drive from Spain via Denmark and Sweden and all the way home via Haaparanta and Tornio. Also a rather large group of Estonian nurses and doctors working in Finland faced the same problem. It was not possible to travel by sea to Finland, and there were not many flights either.

Already at an early stage, it appeared that our quality level and our answers to the citizens’ questions were not always commensurable. In July, a decision was finally made to direct all calls and contacts centrally to the Headquarters and establish a communications team to operate nationwide.

The team started operating on 3 August. The objective was to provide a uniform and coordinated message to those requesting information. The team was comprised of 13 officials from the Southeast Finland Border Guard District, the Gulf of Finland and West Finland Coast Guard Districts and the Headquarters of the Finnish Border Guard. The activities started as a two-month pilot. Services are provided during office hours, which can be deemed as sufficient. Since the spring, service has been given in Finnish, Swedish and English. The team has achieved the set goals.

The same worries and concerns still prevail, and people have a great need to travel. While tourists are not allowed to enter Finland, people have plenty of other acceptable reasons for travelling here. To meet the demands for information among travellers, the Finnish Border Guard has, since March, published on its website updated guidelines whenever changes have been made to the restrictions concerning border traffic. The restrictions are lighter for travellers from the Schengen states than for those coming from third countries. The regulations allow for different interpretations, so it is no wonder that callers have not necessarily understood what they have read. Sometimes, the caller has not even read the instructions.

The service, which was assumed to last a few days, has proven its functioning and necessity. The members of the national communications team are a group of highly motivated and professional border guards. The citizen helpline will continue until the end of the year, and beyond, if necessary.

The author, Major Ilkka Herranen made a long career as a border security specialist at the Headquarters of the Finnish Border Guard. The article was originally Published in Rajamme vartijat 4/2020-magazine.